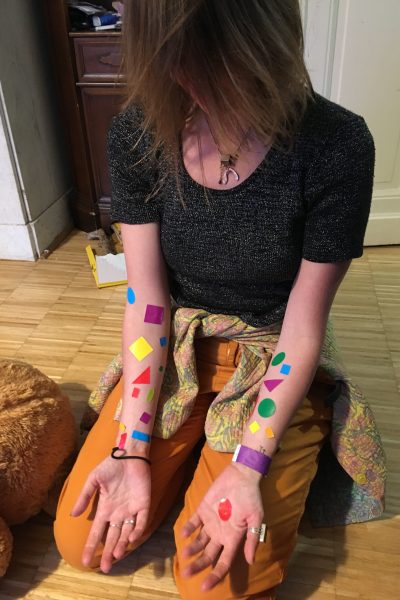 Janine Harrington is a British artist working between formats and places as choreographer, performer, writer and outside-eye. She has created playful interactive works, gallery performance and explorations between dance and digital technologies. Janine is interested in game structures, play, access, neurodiversity and the poetics of movement practices. She is Align artist with South East Dance and Re-Search artist with Dance Umbrella/ResCen Network.

A portfolio of works include offers for public space: The Human Clock, STACK and The Performing Book, as well as workshops and lecture presentations. The work is underpinned by the company’s practice including interdisciplinary and academic collaboration in movement and language, embodied cognition and the focus on audience experience alongside space/site.